A GTK version of the FastLBRY program 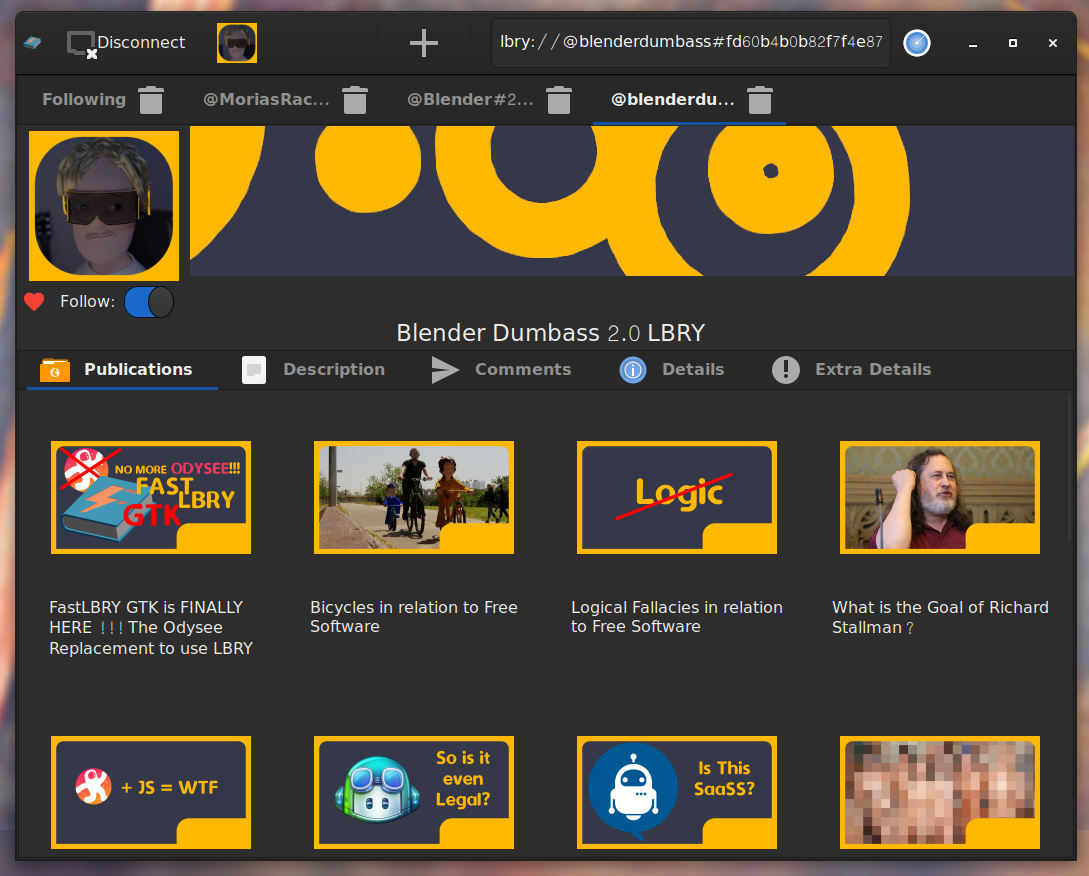 FastLBRY is a project for accessing the LBRY Network, but instead of using their bloated Electron Based apps, we are using GTK.

There is a Terminal version of FastLBRY and in future we are planning to build an HTML5 self hostable client. For now there is Librarian.

The project is under the GNU General Public License Version 3 or any later version. One part ( the LBRY SDK executable ) is under the Expat License, also known as the MIT. The source code and the license of the SDK you can find here.

Keep in mind that this project will share a lot of code with the FastLBRY Terminal and some features that are not yet available here, might be already available there and vice versa. I do not guarantee that all features will be mirrored between the two. Some things are just impossible in the Terminal version. And some are harder to do in GTK.

This is a to-do list for the GTK version only.

For more things to do, look at the user submitted issues.

To chat with the developers and users of FastLBRY ( all versions ) you can use the Matrix Chat room FastLBRY:matrix.org. Keep in mind that all offtopic messages are done in a separate room #BlenderDumbassChat:matrix.org.