Here you see libgtkflow, a universal library for drawing flow graphs with Gtk+ 3. 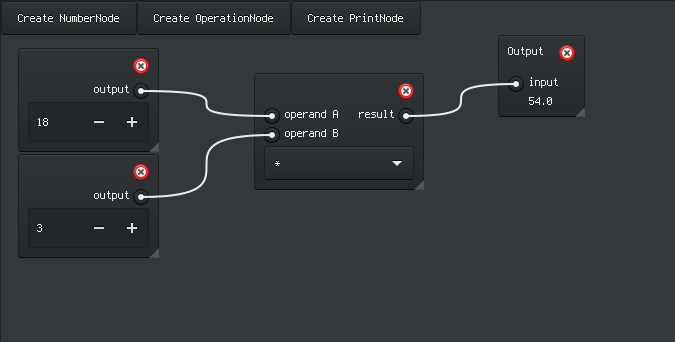 Sinks and Sources may now appear on the same line 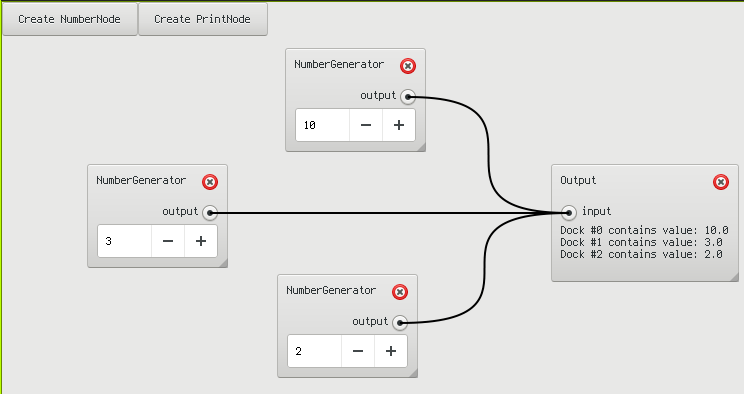 We now have Sinks that can receive data from multiple sources!

A more recent screenshot showing off libgtkflow with Gtk > 3.20. It looks a bit clearer. 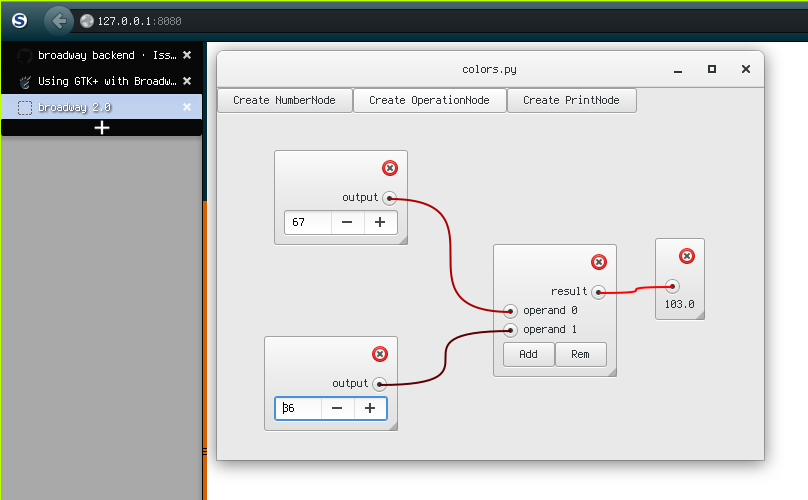 This is libgtkflow running inside firefox via broadway ↑ 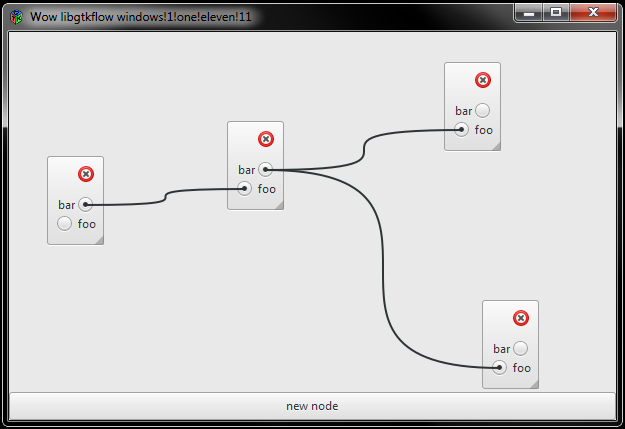 The newest stuff in libgtkflow's development ↑ Nodes can be deleted by clicking the X-button in the upper right corner. Nodes are resizable by drag-n-dropping the lower right corner. The types of the docks can be printed along with their names

This here is the included advanced calculator demo application ↑

Flow graphs are a possibility to let your user model flows of data from, through and into several stations.

I love Flowgraphs in other programs and i want to have them in my favourite UI-toolkit Gtk. I ran into some programs which implemented similar functionality but they all didn't feel or even look very Gtk-like/GNOMEy.

Core features are implemented and work quite well. API undergoes additions from time to time. The project is not at 1.0 yet as such, API can break but we don't expect fundamental breaking changes to core features anytime soon. If we introduce additional features, we try to offer them as additional API methods rather than changing existing ones.

Make sure you get the following Dependencies:

Then do the following:

A user of the library (thx @gavr) reported:

"I have no idea why, but on OpenSUSE Tumbleweed pkgbuild will only be able to find gtkFlow if you build it like that:"

libgtkflow supports GObject-Introspection which means you can consume it in various popular languages including but not limited to: Python, Perl, Lua, JS, PHP. I compiled some examples on how to program against the library in Python in the examples-folder.

Feel free to add examples for your favorite language.

Note: If you installed the library in /usr/local, you have to export the following environment variables for the examples to work:

Please be aware that on other architectures than amd64 you will have to change the multiarch string x86_64-linux-gnu to something else that makes sense on your machine.